I started this blog in November of 2018, after a few months in my new job as a content editor. Learning about SEO and how websites rank, as well as stumbling upon Pinch of Yum’s impressive traffic and income reports, inspired me to begin my own blog, hence this 1st quarter 1st-year report.

You can find all the traffic and income reports that came after this one, from my Q2 Y1 report onwards, in my blog report section.

Everything I’ve learned so far tells me that earning money from your blog is not a shot in the dark, or a lottery – if you do the work, the rewards will come!

I have not monetized my site yet (but I will!), and have no intention of doing so until I hit Mediavine levels (25,000 sessions per month), so technically this will just be a “traffic” report, and not a “traffic and income” report for a while.

This is because as soon as I start earning anything, I’d have to sign up as a “freelance” worker here in Spain, and pay several hundred euro worth of social security every month. Not really worth it if you’re only earning €20 through Adwords…

I have devoured each and every traffic and income report I have found, but there aren’t very many that detail the nitty-gritty ugly bits from the very beginning (which I would have found SUPER helpful). Probably because it’s kind of embarrassing to admit that initially only your aunty and her dog read your blog for the first few months… But oh well, here it goes!

Thirty-five posts! That seems like an awful lot for three months….and it is. Really, this is over four months as I spent all October readying some base content for the blog so I wouldn’t completely embarrass myself when I launched it. The post breakdown should technically be as follows:

The only reason I was able to get 14 posts prepared and ready to publish in October was that I didn’t have to do any promotion or pins or submitting. Otherwise, it would have been completely impossible. November was a good month, I was still riding high on the tide of launching and super-motivated, so I managed to exceed my target of two posts a week.

December was a bit of a revelation. I was getting totally burnt out from my workload really picking up at the day-job, the kids, school stuff, and trying to do my blog thing. Also, even though I had done my research, and totally expected it, the lack of traffic was really discouraging. So I totally gave up for about two weeks and enjoyed Christmas.

Did what little traffic I had disappear? Yup, but it had been going down anyway as I realized that submitting my recipes to recipe sites was not the best use of my time. While I got traffic, the glory days I read about where Foodgawker would send hundreds of visits within hours of posting a recipe, are definitely gone.

I would get maybe 80 pageviews on the day a recipe was featured, which would quickly trail off into nothing. And of course, any time a photo was rejected (I’m about 50:50 on accepted photos vs rejected photos with Foodgawker) my glass would look a little less full and a little more empty.

I still submit, dofollow or nofollow links, it’s still getting your stuff out there and there is a tiny trickle of long-term traffic…I just don’t sweat it anymore about getting accepted.

January I was right back at it, with seven posts, and a new target of TRYING to get two posts up a week, OR at least one, if life happened. Because life will happen, you’ll get sick, or the kids will get sick, or your laptop charger will fail or whatever, and that’s OK. It won’t be the end of the world.

So from the graph above, we can see page views for the first three months of my blog. There is an initial bump at the start of November (friends and family visiting the page when I first launched), followed by very few views (I also had an issue with doubled-up google analytics coding in this time-period).

Then over mid-November until mid-December, I had some traffic mainly generated by getting accepted to recipe websites. One peak in December was when I had two recipes accepted very close to each other, one of which was my vegan Irish Christmas Cake.

Then I took a break until January, which is where my traffic started tailing off. Submitting to recipe websites is kind of like paid advertisement. While your ad campaign runs you’ll get a boost in traffic, but long-term it will have a negligible effect on your regular traffic, and you’d be better off investing your time in SEO.

If you take a look at my traffic sources, you’ll see I’m still squarely in the infamous Google sandbox and Google has no interest in me yet. YET.

My day will come…

As you can see, websites such as Foodgawker, Foodyub, Fridgg, and Finding Vegan made up most of my traffic. Facebook and Pinterest sent some users my way, but nothing major yet – little by little. And Bing apparently knows more about me than Google.

Away.vk is like the Russian version of Facebook and I was thrilled to get traffic from them until I discovered that a “chef” had posted my full recipe and method with one change to it and my photo, with a link at the bottom to my page, saying that my recipe had “inspired” his.

But of course even though it was being shared like wildfire, very few people were clicking through as they had the recipe and directions, so I filed a DMCA to get the photos taken down. And also learned that you need to hold onto your original non-edited photos in case anything like this ever happens, to prove ownership.

And Instagram….well, I think it’s fairly clear that it hasn’t been an Insta-success. Ha. Ha. Haaaaaa……

Well. This is embarrassing…Drum roll…..I have a grand total of four subscribers. Totally my fault. I stuck a MailChimp widget in my sidebar and left it at that. No popup, no giveaway, nothing. I know growing your subscriber list is super important, so I’m definitely going to address this next quarter.

137 followers, my fourth biggest traffic source, so those 137 followers are nothing to sniff at, they’re my people! Other Facebook traffic so far has come from sharing my recipes with relevant groups.

64 followers, 42.4k monthly unique viewers. I know Pinterest is a massive driver of traffic for food blogs usually, but it takes a while to get your head around. Quite frankly I still don’t understand all of it and I know it’s going to take some more work.

I started working on my Pinterest in late December and still haven’t made pins for all my older posts yet, but it is a priority for next quarter.

87 followers. Instagram and Facebook I had set up straight away out of the gate, but I get very little traffic from Instagram. As you can’t include links in your photos, you have to direct people to look at your bio and click on the only link allowed, to your blog. There’s also a lot of follow/unfollow nonsense, although I did eventually download an app (Follower Insight, I recommend it)to get rid of unfollowers.

There is a gigantic list of things I need to do and fix with the blog. Only three months later, my photography has come along so much, and my SEO knowledge, that I can see I already need to change and optimize my initial posts.

But with working full-time and putting out content, time is at a bit of a premium. Handsome hubby is really helpful, taking the heat off me during the week for dinner and bathing the kids so I can get a post up, but I’m still pretty time-poor. So it’ll have to be a few changes at a time.

Over the next quarter my priorities will be:

I have seen a ton of people on Facebook blogger groups recommend The Bite Shot, a YouTube channel for improving photography, so that’s definitely going to be my next port of call. I also need more backgrounds, a tripod, a diffuser/reflector….I’m gonna stop there I guess, and leave the list manageable for the next quarter.

Goals-wise, I’m reluctant to set myself a traffic goal. As I’m still in the sandbox, I’m not sure I can grow exponentially without organic traffic. From looking at traffic reports and asking other bloggers, it seems like the sandbox effect usually only lasts 6-7 months. So next quarter is my chance to get all my ducks in a row before seeing some organic traffic (hopefully!).

I think that if I could double my traffic by the end of next quarter, that would be a win for me. My very reasonable goal for my monthly traffic by the end of the year is 10,000 (but my super-secret-desire traffic goal is actually 25,000, shhh!). All-in-all, I’m happy with the way things are going and looking forward to a productive second quarter.

If you enjoyed this report, let me know in the comments below! Likewise, if there’s something you’d like to see included that’s missing, or you’d like to know more about anything.

Here’s to moving onwards and upwards! 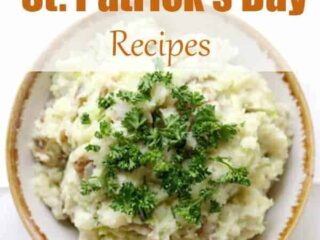 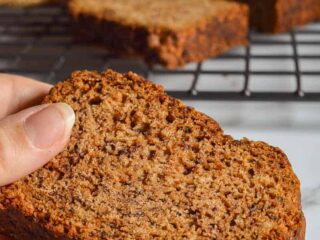 I really loved the fine details you haveposted, its so refreshing to read these reports from new comners now that am really bored of big brands reports. I am going to come back frequently and read the remaining reports. Good luck

Thank you! I love reading income reports too but I wish there were more recent ones for food blogs.

Thanks for what you have shared about the post here. This is one of the great information for me today. Have a nice day

Thank you for sharing this! This is super helpful for me to see another blogger document their journey. I love that you have such clarity of what you need to do to get to your goal. I'm 5 months into this blogging thing and let me tell ya, it's like trying to eat an extra uber large oversized elephant!! LOL...May I ask what you use to document your traffic and page view? Thank you.

Thanks for the comment Suwanee. Unfortunately, I think that clarity is super useful when it comes to aiming for goals, but more useful would be the time to implement everything I know I need to do! I'm not too sure what you mean by documenting my traffic and page views, I just use Google Analytics like most bloggers, and pulled the information out via screenshots for this post?